I’m going to run through the rest of June while I have the opportunity.

The excellent Nashville singer-songwriter Amelia White continues her Western Swing this week with shows at the Coffee Gallery Backstage Monday, Room 5 Tuesday and the Cinema Bar on Thursday. Gaby Moreno, another wonderful performer, can be caught at Room 5 on Monday night.

Sea of Bees, the cool indie pop sounds of Julie Ann Bee-fronted band, can be seen at Bardot on the 11th, the Echo on the 13th and the Sanctuary in Santa Monica on the 14th. 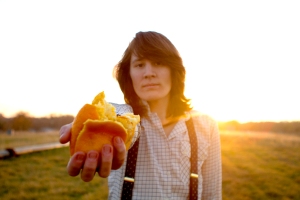 Shawn Colvin has a new album All Fall Down, a new memoir, and a new tour – she’ll be stopping at the El Rey on the 12th with Buddy Miller and Viktor Krauss accompanying her. That should be quite the show.

On the 14th, the El Rey host a CD release show from the stylish local band Saint Motel. Sharing the bill will be Walk Off The Earth, who has become known, via YouTube, for their inventive covers. Meanwhile, the Rebirth Brass Band brings a bit of New Orleans to the Mint that night.

Soul is the sound of the Friday the 15th. The blue-eyed variety will be at the Wiltern where Mayer Hawthorne plays, and the twangy version can be found at the Bootleg where Nicki Bluhm and the Gramblers performs. Speaking of twang, esteemed country songwriter Rodney Crowell has teamed up with author Mary Karr for the project KIN. They have two special shows at the McCabe’s on the 15th – although tickets are long gone for them.

Sarah Jaffe’s new disc The Body Wins really intrigued me (I reviewed it for American Songwriter). You can check her out yourself at the Satellite on the 16th. That’s also the night that the Indigo Girls perform at the Wiltern. They’ll be backed by the Shadowboxers so it will be a more electric show than normal from this long-popular duo,

Sunday’s wealth of options include the Preservation Hall Jazz Band at the Hollywood Bowl, blues/folk legend Jim Kweskin at McCabe’s and Rhett Miller at the Coach House in San Juan Capistrano. The solo Old 97 also will perform at the Troubadour on Monday the 18th. Go early to catch the Spring Standards, a young East Coast band whose tune “Only Skin” is one gorgeous song. 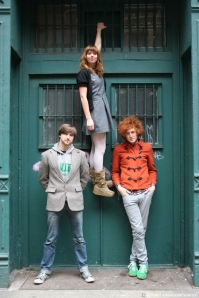 Tuesday the 19th is one of those nights where there are too many good shows to see. The Summer Twins (Chelsea and Justine Brown) bring their dreamy pop/rock to the Bootleg, Joe Henry and Irish singer Lisa Hannigan have a rare show at the El Rey. Henry has producer Hannigan’s new album Passenger. The young Americana rock band Delta Rae has their big major label debut album showcase at the Troubadour. But the show that tops this list is Anthony da Coasta’s gig at Room 5. His album Secret Handshake is one I can’t stop listening to. If you like Ryan Adams’ music without all the melodrama then check out da Costa. He’s making it easier to see him as he’ll be at the Hotel Café on the 21st (as well as a house concert on the 22nd too). 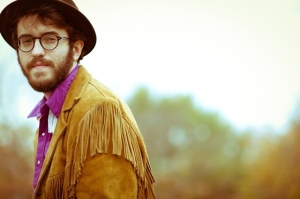 Glen Hansard, whose career skyrocketed with the film (and album) Once, has done his solo debut, Rhythm and Repose for Anti. He’ll be showcasing it at the Wiltern on the 20th. Jenny Lewis will be having some friends over to the play with her at Largo on both the 20th and 21st. The 20th is also the night that the Royal Headaches have their re-scheduled L.A. show at Silverlake’s Beauty Is Pain. The State Dept. gave this Australian group – who are potent garage rockers – a royal headache when they didn’t issue them Visas in time for their May shows.

This busy week just gets busier. On Thursday, you can find Americana superheroes the Avett Brothers at the Nokia Theater. The lovely Sylvie Lewis at the Hotel Café (her new album It’ll All True is a wonderful set of jazzy folk-pop with an European vibe that brighten your day with its bittersweet sounds). The most unique bill is at the El Rey with those literary lions (including Matt Groening, Stephen King, Amy Tam, Dave Barry and Mitch Albom) will do their rock thing as the Rock Bottom Remainders with their special guest, hall of famer Roger McGuinn. 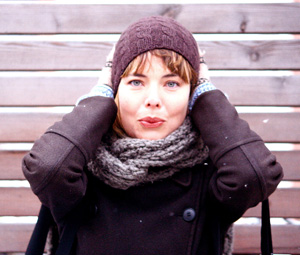 The spirited Brothers Comatose deliver their energetic root music to the Mint on the 23rd, while Milo Greene will be at the Troubadour.

Glen Campbell continues his farewell tour with a show at the Hollywood Bowl on the 24th, which hopefully will be one of the highlights of the summer. The show’s guestlist includes Kris Kristofferson, Jackson Browne, Lucinda Williams and Dawes. Down Cahuenga at the Hotel Cafe that night will be Phoebe Hunt, whose delightful debut EP really caught my ear. Her name might be familiar as she was part of the Belleville Outfit.

Some more legends, Donald Fagen, Michael McDonald and Boz Scaggs will be doing their things as the Dukes of September Rhythm Revue at the Gibson on the 28th. That night you can also find the super-talented singer-songwriter Justin Townes Earle at the El Rey and the revived Grant Lee Buffalo storm the Echo.

The top show for Friday the 29th is Chris Smither’s two gigs at McCabe’s. The bluesy, folkie singer/songwriter/guitarist has a potent new disc, Hundred Dollar Valentine out this month. Keane, with special guests the Mystery Jets, play the Orpheum that night, while the one and only Jonathan Richman plays the Echo. 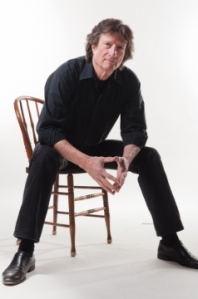 June wraps with the return of Kimbra, who has shows at the Gibson on the 30th and July 1st. On those dates, Mountain Goats has gigs too, at the smaller, and sold out, McCabe’s. The multi-cultural, multi-genre local band Fool’s Gold has a free show at the Levitt Pavilion Pasadena. The top pick for June 30th is the bill of two marvelous bands from the ‘80s, B-52’s and Squeeze, who are still playing at top form and have terrific songs to share.

And just to peek into July, U.K. songstress Laura Marling brings lovely, bittersweet tunes to the John Anson Ford on the first. The Hollywood Bowl kicks off the month with one of their eclectic World Festival Shows; this one offering Ben Harper, Fitz & The Tantrums and Vieux Farka Toure. Also on the 1st, Nashville songstress Madi Diaz shares a bill with Harper Blynn (a band, not a person) at the Troubadour, while the twangy rockers Jason Heath and the Greedy Soul celebrate the release of their new album Packed For Exile in rousing fashion at the Grand Ole Echo.

Lyle Lovett gets the Independence Day party started early at this July 3rd Wiltern show, which he’ll be accompanied by an acoustic group.