June is going to be a blur and consequently the weekly previews may be more brief than normal, but here you go for week number one.

But I have to say a couple great shows for this first full week. Bahamas and Ben Howard make for a wonderful double bill at the Troubadour on the 5th and 6th. The Bahamas’ Barchords is a gorgeous album and one of my favorites of the year, while Ben Howard’s debut Every Kingdom is a quietly compelling example of UK folk music.

Another not-to-be-missed is J.D. McPherson’s local shows – at the Echo on the 8th and McCabe’s on the 9th. On his Rounder debut, Signs and Signifiers, JD and his band sound like a blast of the Blasters – marvelous American roots rock.

Saturday also marks the start of Amelia White’s swing through the region. I have been a longtime fan of her music for a while and her latest Beautiful and Wild is a splendid example of Americana. Check it out. The Nashville singer-songwriter will be at Grassroots Acoustica in Venice Beach on the 9th, the Coffee Gallery Backstage on the 11th, Room 5 on the 12th, Wine and Song in Pasadena on the 13th and the Cinema Bar June 14th.

The one and only Tammy Faye Starlite returns to town with her captivating Nico tribute show, with performances at Largo on June 6 and 7.

Also on the 6th Dan Bejar brings Destroyer to the El Rey and on the 7th Unknown Hinson will bring his destroyed brand of rockabilly to the Mint. The Mint has several strong shows this week. Emily Jane White tops Monday bill, while former Antigone Rising singer Cassidy brings her new project Boheme there on Tuesdays this month. 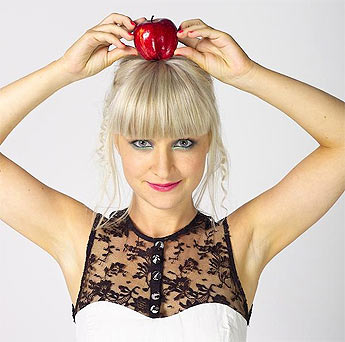 Another residency on Tuesday – Kate Miller-Heide will perform at the Hotel Café June 5, 12 and 19. The cool, charismatic Australian singer has a new stylish new disc to share, Nightflight. On June 7, the Hotel Café is host to Stuart Davis (eclectic performer, not the deceased 20th century modernist painter) and India-born, L.A.-based songtress Helena. Then on the 9th, Arrica Rose and her band has a local show there; they have an album Let Alone Sea slated for an August release.

Also notable this week is Theresa Andersson’s show at the Troubadour on the 7th. The inventive Swedish-born, New Orleans-based performer has a new disc, Street Parade, out. Patrick Watson also has a strong new album, Adventures in Your Own Backyard, and a show at the Bootleg on the 8th.  Also on the 8th, Mark Bates has a record release show at the Hotel Cafe. His new one, Night Songs, is an impressive set of songs – good for day or night.  Red House recording artist Drew Nelson will has his tunes from Tilt-A-Whirl at the Coffee Gallery Backstage on Sunday the 10th, while legendary singer-songwriter heart-throb Jackson Browne performs at the Orpheum on Saturday night.