The Grammy Museum has added 25 important songs to its Hall of Fame. The new tunes are:

UMe continues its big Frank Zappa vinyl reissue with a handful of his most famous records Cruising With Ruben & The Jets (1968), Joe’s Garage (1979), Lumpy Gravy (1967), Weasels Ripped My Flesh (1970) and We’re Only In It For The Money (1968) on Dec. 9. For those keeping score, Weasel was the last Mothers of Invention album and Lumpy was his first solo outing. Ruben & The Jets was a nod to the doo wop era and Money was one of Frank’s wickedest satire while the rock opera Joe’s Garage features his “hit” “Catholic Girls.”

2017 marks the 50th anniversary of the Grateful Dead’s first album so a special deluxe edition of the band’s self-titled debut will come out on Jan. 20. Besides having the original album’s songs newly remastered, there will also be a bonus disc of the complete unreleased concert from July 29, 1966 and select cuts from July 30, 1966 performed at the P.N.E. Garden Auditorium in British Columbia. Also out that day will be a small batch (10,000 copies) of 12-inch picture discs of The Grateful Dead. Deadheads should make note too that 2017 will also see a limited-edition series of 7-inch singles starting March 1 with the band’s first single “Stealin'” b/w “Don’t Ease Me In.”

Damon Albarn and New Order are also part of the new documentary 808. Due 12/9 on Apple Music, this film tells the story of the highly influential Roland TR-808 drum machine. There was even a band named 808 State after the drum machine. Afrika Bambaataa, Questlove, The Beastie Boys, Norman Cook (Fatboy Slim) and Rick Rubin also are in the movie. 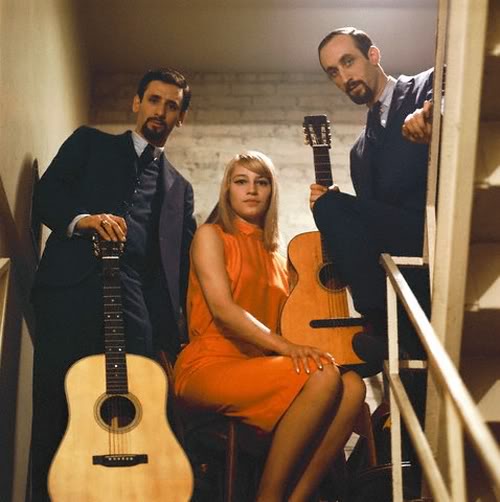 One of the bands whose albums I remember seeing around my house growing up (and this does age me) is Peter, Paul and Mary. A new documentary 50 Years With Peter Paul and Mary (due 12/9 on MVD) will spotlight this seminal folk trio and feature some rare footage, such as an early ‘60s appearance on BBC TV.

MVD will also release on Dec. 9 Journey of Dreams, about the group Morphine and its leader Mark Sandman who died tragically young while performing on stage in 1999. This DVD documentary looks at the Boston band that created some distinct music that twisted blues and jazz into the ‘90s indie rock world. at the band and Along with archival footage and interviews with survivor bandmates saxophonist Dana Colley and drummers Billy Conway and Jerome Dupree, the doc also includes appearances by Henry Rollins, Joe Strummer and Steve Berlin. 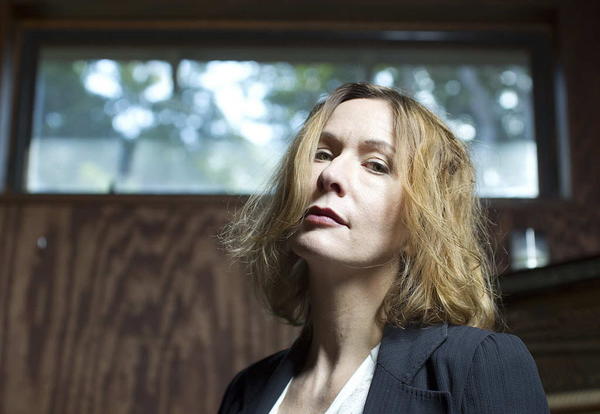 We just finished waiting the Gilmore Girls’ Netflix 4-part TV movie event, which offers a great opportunity to bring up the criminally underappreciated singer/songwriter Sam Phillips who did the show’s score. She also has just released Human Contact Is Never Easy, an 8-song EP with 4 new tunes, 2 live tracks and two cuts from her last album, 2013’a Push Any Buttons.

The Revelers have a fun EP coming out Dec. 16. The Revelers play Swamp Pop Classics Volume Two contains their versions of Gary U.S Bonds’ “Trip to the Moon,” Arthur Alexander’s “If It’s Really Got To Be This Way,” Spooner Oldham’s “Lonely Women” and Warren Storm’s “Nobody Would Know.”

A really cool CD for the whole family (really) is Let All The Children Boogie: A Tribute To David Bowie. I mentioned it briefly in an earlier post but after listening to it, I can thoroughly recommend it. This Bowie homage holds a wonderfully eclectic cast of contributors. For instance, Kindie star Justin Roberts’ wistful take on “Kooks” is followed by Antibalas’ funky “Let’s Dance.” Then kids musician Gustafer Yellowgold gets well-paired with “Space Oddity” and Ted Leo brings a rock edge to “Heroes.” Proceeds from this Spare The Rock Records release will benefit It Gets Better Project, an organization that works with LGBT youths.

In other news from the kids entertainment world (sort of), Steve Burns, the original host of Blues Clues has partnered in project with Flaming Lips guitarist Steven Drozd that they are calling as STEVENSTEVEN and their will release their debut all-ages album, Foreverywhere, in February.

On Dec. 2 Third Man Records will be an album of unreleased Leon Redbone recordings. Long Way From Home holds 18 tracks recorded in 1972; eight tunes are from a University of Buffalo’s coffee house performance and the other 10 come from a session for the university’s radio station WBFO. The label also is reissuing his 1975 Warner Brothers On the Track that is stocked with Redbone’s distinctive rendition of classic American tunes from early 20th century.

Nonesuch Records is the three-CD box set The Randy Newman Songbook on December 16. On top of covering the legendary songwriter’s five-decade career, it also holds five bonus tracks (“Feels Like Home,” “A Wedding in Cherokee County,” “Family Album: Homage to Alfred, Emil and Lionel Newman,” “A Few Words in Defense of Our Country” and “I’m Dreaming”).

The fabulous Feelies, one of my longtime favorites, are celebrating its 40th anniversary by recording their first studio album in over 6 years. In Between is set to be released on Feb. 24 by Bar/None.

Son Volt’s new album Notes of Blue finds Jay Farrar exploring blues music in his own unique way. The Feb. 17 release (on Thirty Tigers) stands as one of the most anticipated Americana release in early 2017. Another is the much-anticipated album from Tift Merritt. Stitch of the World (due from Yep Roc on 1/27) is her first since solo effort since 2012’s Traveling Alone. The label has several significant releases slated to start the year. On Feb. 10, they will also put out Chuck Prophet’s latest offering of gritty “California noir” music, evocatively titled CD Bobby Fuller Died For Your Sins. Wesley Stace’s new album, Wesley Stace’s John Wesley Harding comes out on Feb. 24. Not only does it contain a fine collection of wittily written songs but Stace is backed by the Jayhawks. Meanwhile, Yep Roc is releasing Northern Passages from the long-running Canadian alt-country outfit The Sadies on Feb. 10. 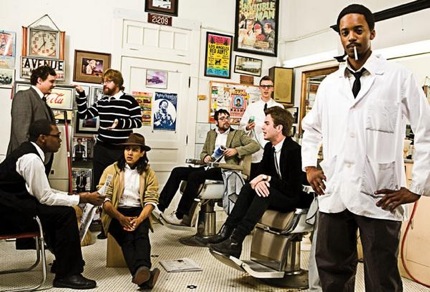 A couple other albums I am looking for forward to in 2017. Soul rockers Black Joe Lewis & the Honeybears will put out their 4th CD Backlash, out Feb. 10 on INgrooves. Feb. 10 is also the day you can find a new album from Sallie Ford; Soul Sick (Vanguard) is a powerful set of songs that Ford describes as a “confessional” album. Nashville-based guitar maven Will Kimbrough has teamed with the talented soulful singer Brigette DeMeyer for a CD called Mockingbird Soul that has a Jan. 27 release date. The Charleston band Susto caught by attention this summer with their hilarious single “Chillin’ On The Beach With My Best Friend Jesus Christ.” That song isn’t on their upcoming album & I’m Fine Today (due 1/13 via Missing Piece/Caroline) but the CD does hold a potent set of Southern-bred rock (“Hard Drugs” is a current fave).

The cool SoCal Americana group The Wild Reeds has signed with the Dualtone so expect their next full-length arriving in 2017, while Compass Records will unveil Laws of Gravity from the adventurous bluegrass band The Infamous Stringdusters on Jan. 13.

Singer/songwriter Radney Foster will be taking to a different type of stage in January as he has been cast in the musical, Troubadour, by playwright Janece Shaffer (The Geller Girls, Broke) with original music by Grammy Award-winning recording artist Kristian Bush that is getting its world premiere at the Atlanta’s Tony Award® winning Alliance Theatre. The play will open Jan. 18 and run through Feb. 12.

Filmmaker Glenn Aveni is doing a documentary on the landmark 1982 US Festival, which boasted an all-star lineup featuring Ramones, B-52’s, Talking Heads, The Police, Santana, The Cars, The Kinks, Pat Benatar, Tom Petty & the Heartbreakers, The Grateful Dead, Jimmy Buffet, Jackson Browne and Fleetwood Mac. He has a Kickstarter campaign – http://kck.st/2fjAz8u – to help pay for all the music clearances he needs.

Jeff Antebi, the founder of Waxploitation, has produced an interesting book of adult “children’s stories” written by musicians like by Tom Waits, Nick Cave, Frank Black, Justin Vernon, Laura Marling, Devendra Banhart, Alison Mosshart and Kathleen Hanna and featuring illustrations by such artists as Anthony Lister, Dan Baldwin, Swoon, Will Barras, James Jean, Ronzo and Kai & Sunny. Proceeds from Stories for Ways & Means will benefit Room to Read and Pencils for Promise, two non-profits working to build schools in some of the poorest regions of the world so kids can learn to read and write. Learn more at SFWAM.org

Lastly, I want to leave with a song from the late, great Sharon Jones, who passed away earlier this month.