Now that the plug has been pulled once and for all (hopefully) for Woodstock 50, attention can be turned just to celebrate the magic and mythology of the original “Aquarian Exposition.” And not surprising, there is a big lineup of new Woodstock products to experience.

If you want to really indulge those three days of peace & music, then you might want to get your hands on Rhino’s massive Woodstock: Back To The Garden – The Definitive 50th Anniversary Archive. Consisting of 38 discs, this 432-track, 36+ hour compilation contains nearly every artist performance, along with announcements, stage banter and other material. I could go on and talk about the 267 previously unreleased audio tracks, the Blu-ray of the documentary film and other cool extras, but this limited-edition version is already sold out.

However, Rhino happily has assembled three smaller versions: the 10-CD collection, a 5-LP edition and a compact 3-disc set. The 10-CD holds 162 tracks, and is first Woodstock collection to include live recordings of every Woodstock performer. The 5-LP and 3-CD versions both have 42 tracks, featuring such acts as Santana, Creedence Clearwater Revival, the Who, Jefferson Airplane, Joan Baez, the Band, and Crosby, Stills, Nash & Young. 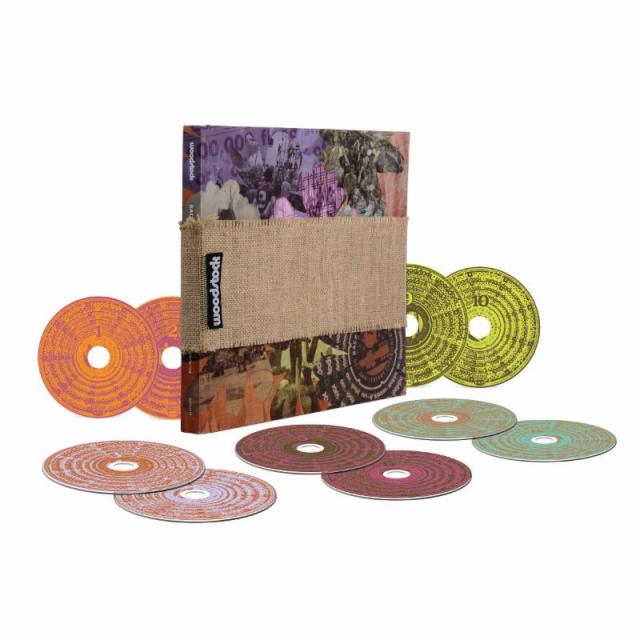 There are also several releases that focus on specific acts’ Woodstock sets. Craft Recordings has put out Live At Woodstock offerings for both Baez and CCR. Baez’s stirring 15-track set comes from the concert’s first day (well, it was actually 1 am Saturday) and it brought some calm to Woodstock’s rather chaotic start.

CCR’s 12-song set is significant for several reasons. It not only captures in the midst of the band’s prime and includes 10+ minute jams of “Susie Q” and “Keep On Chooglin’,” but also because the group didn’t like their performance and declined to be on the first live album and the documentary. Happily, they’ve changed their minds but it is a smokin’ performance.

Real Gone Music will be releasing the Jefferson Airplane’s entire 2-hour Sunday-at-sunrise set on a limited edition “New Dawn” blue vinyl 3-LP set. They out-do CCR by doing an epic 21-minute version of “Wooden Ships.” The Airplane also weren’t part of the Woodstock documentary but that was only because the filming was subpar, not the band’s performances. 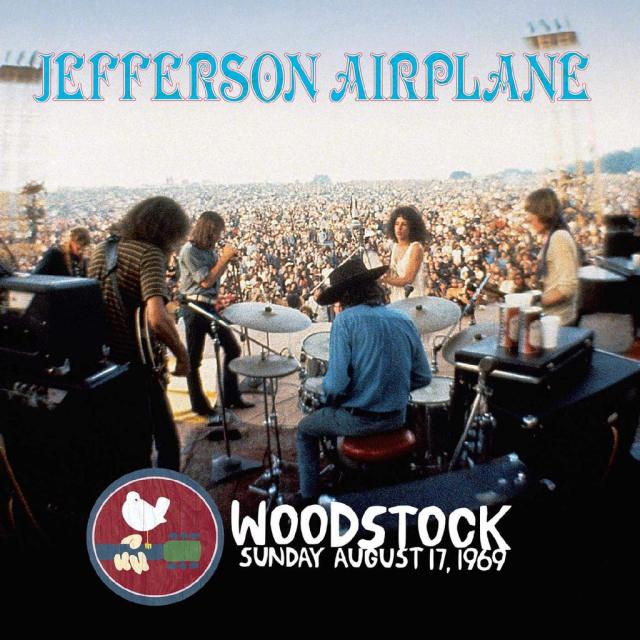 Speaking of documentaries, there is a new Woodstock documentary that can be said to be about “everything but the music.” While there is music in Creating Woodstock: This Is How I It Really Happened, the documentary focuses its attention on the people behind the scenes who organized, constructed and ran the concert. This is obviously a labor of love for musician/filmmaker Mick Richards, who actually attended Woodstock as a teen. Over the course of nearly 30 years, Richards interviewed the four founders of Woodstock Ventures (John Roberts, Joel Rosenman, Michael Lang, and Artie Kornfeld) along with many key production folks. While perhaps not the definitive, big socio-political Woodstock documentary, it is a highly interesting, very heartfelt movie for both the filmmaker and the participants, and give you a real sense of what it was like there (and gives you a clearer picture why it couldn’t be replicated today. One of the many entertaining anecdotes involves a Health Inspector and his wayward daughter offers a funny glimpse of the concert producers’ sit-of-their-pants operations, and also provides a clearer picture of how the original Woodstock vibe couldn’t be replicated today.