Brian Wilson turned 75 earlier this week, and to salute this milestone, Rhino announced the upcoming release of the first ever retrospective covering Wilson’s solo career. Due Sept. 22, Playback: The Brian Wilson Anthology contains 18 tracks, ranging from such well-known Wilson compositions as “Heroes and Villains,” “Love and Mercy” and “Surf’s Up” to two new previously unreleased tunes: “Some Sweet Day” (which he wrote with Andy Paley in the early 1990s for an unfinished recording project) and “Run James Run” (a new song Wilson wrote and recorded just for this collection). This year Wilson also celebrating the 50th anniversary of Pet Sounds, with a tour that is currently scheduled to last through October. 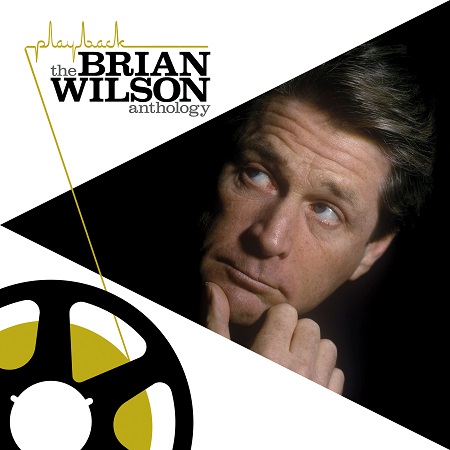 2017 would have also been Jerry Garcia’s 75th birthday. On July 28, Round Records/ATO Records will put out GarciaLive Volume Nine: August 11, 1974 – Jerry Garcia & Merl Saunders. Recorded at Berkeley’s fabled Keystone club, the double CD captures the band (which included Grateful Dead drummer Bill Kreutzmann) performing a nine-song set that offers renditions of “(I’m A) Road Runner,” “Mystery Train,” The Night They Drove Old Dixie Down,” and “The Harder They Come.” 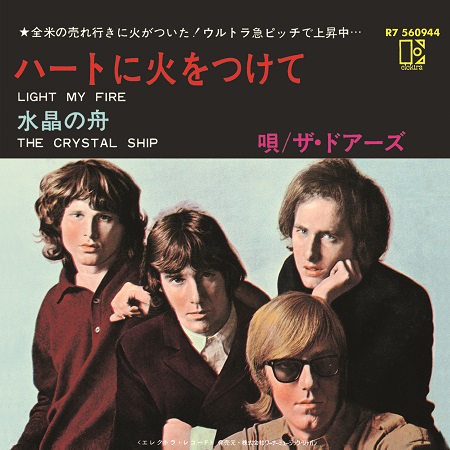 To commemorate the 50th anniversary of the Doors’ first #1 single “Light My Fire,” Rhino is releasing a limited edition (7,500 copies) single that replicates the Japanese 45. “Light My Fire,” obviously is the A-side, with the album version of “Crystal Ships” on the flipside. A little Doors’ trivia, “Light My Fire” was the first song that Robbie Krieger ever wrote. Frank Zappa & The Mothers of Invention’s Absolutely Free was another important 1967 release. Zappa Records/UMe is putting out a special expanded vinyl-exclusive edition (due Sept. 29) with the second LP featuring vintage remixes and radio ads on one side one and a laser etching of Zappa’s visage from the album cover on the other.

1967 also was the year that Laura Nyro released her first album, More Than a New Discovery. This Verve Folkways album preceded her breakout Columbia debut Eli and the Thirteenth Confession. In July, Real Gone Music and Second Disc Records are presenting A Little Magic, A Little Kindness: The Complete Mono Albums Collection, which contains Discovery’s restores the original album sequence and mono mix. The 2-CD set holds the album’s future hits as “Wedding Bells Blues,” “Stoney End” and “And When I Die,” along with some bonus material too. Nyro is a criminally overlooked singer/songwriter who deserves a rediscovery (no pun intended).  Here is her version of “And When I Die.” When I was a kid, I had the Blood, Sweat & Tears’ album with this tune on it, but you got to hear her version (and realize that she wrote this when she was a teenager!)

Real Gone Music’s July selections also include Dusty Springfield’s The Complete Philadelphia Sessions – A Brand New Me (Expanded Edition), which collects all of the material she recorded in 1969-70 in mainly with Gamble-Huff Productions for Atlantic Records. The label is also releasing a compilation of tracks from Loma Records, which was Warner Brothers’ Soul and R&B label from 1964-68. The Complete Loma Singles: Vol. 1 is the first of four 2- CD collections Real Gone has planned.

Arthur Alexander is a legendary songwriter, best known for penning tunes like “Soldier of Love,” “You Better Move On,” and “Anna” that others took to the charts. Alexander, however, didn’t achieve great success with his own albums. In fact, he only put out three full length albums. Happily, Omnivore has resurrected Alexander’s second album – this 1972 self-titled record that he did in Muscle Shoals for Warner Brothers. The 12-song album holds his version of “Burning Love,” which Elvis Presley later turned into a smash hit. The reissue, with contains the original liner notes penned by Barry Hansen (aka Dr. Demento), has been bolstered with six bonus tracks (including a couple of previously unreleased songs). Here’s Omnivore’s introductory video for this CD.

Studio One, Yep Roc and Discogs have teamed up to get back into circulation the 1971 debut album from the influential (although not particularly well-known) reggae star Freddie McKay. Picture on the Wall: Deluxe Edition holds 24 tracks – many have never been on CD – combining the album’s original tracks with alternate versions, rarities, and extended mixes.

45 years ago, the Raspberries put out their first two albums, the self-titled debut and Fresh, which featured some of the finest power pop tunes ever (and as a native Clevelander, I have no biases, of course). Songs like “I Wanna Be With You,” “Let’s Pretend,” “Don’t Want To Say Goodbye,” and “Go All The Way” also number among the 28 tracks on the upcoming double-disc Pop Art Live. This live recording of the band’s 2004 hometown reunion show feature the original four members performing together for the first time in over 30 years. Pop Art Live is due Aug. 18 on Omnivore Recordings. Here is them doing “Go All The Way” from that concert. Eric Carmen is in fine form.

It is only the 44th anniversary of the Who’s Quadrophenia album but Pete Townshend is doing a short but sweet tour of it in September. He’ll be performing it outside of Boston at Tanglewood, at New York’s Metropolitan Opera House and L.A.’s Greek Theatre. The shows will feature Billy Idol and opera singer Alfie Boe as well as orchestral accompaniment. A portion of the proceeds from the L.A. concert will support the charity Teen Cancer America.

The Ramones’ sophomore outing Leave Home is turning 40, and Rhino has put together a super deluxe version that has been overseen by its original engineer/mixer Ed Stasium. This 3-CD set has one disc filled with the original album (with two Stasium mixes), one disc with 18 rare tracks and one disc is a previously unreleased recording of the band’s April 2, 1977 show at CBGB’s.

In the early ‘80s, the acclaimed documentarian Robert Mugge filmed Al Green who was then performing gospel music after denouncing pop and soul as the music of the Devil. The resulting film, the highly praised Gospel According To Al Green, offers a fascinating look at the mercurial musician. MVDB will release this DVD on July 7, with additional material including a new 17-minute video that Mugge has made about this documentary.  Here’s the trailer for the film.

PIAS have brought back into circulation a couple more “recent” titles – the first two albums from the Australian band The Triffids. Treeless Plain and In The Pines offer a great look at this band that are a key player in the wonderful Australian/New Zealand indie rock scene of the ‘80s. Both reissues are bulked up with bonus material.

I am a longtime writer, and lover, of music and pop culture. I have written for Entertainment Weekly, the Los Angeles Times, the LA Weekly, the San Francisco Chronicle, Cleveland Scene and more places (that I wouldn't take up more of your time mentioning now).
View all posts by Michael Berick →
This entry was posted in Music, Uncategorized and tagged Al Green, Arthur Alexander, Billy Idol, Brian Wilson, Eric Carmen, Frank Zappa, Freddie McKay, Grateful Dead, Laura Nyro, Pete Townshend, Robert Mugge, The Doors, the Ramones, The Raspberries, the Who, Triffids. Bookmark the permalink.