Hey, I got back to finish up the week. So without delay here you go…

Top Show(s): Texas singer/songwriter Radney Foster is one of the best of his class. He’ll be doing an early show at the Mint tonight. See if George Clinton and Parliament/Funkadelic tear the roof off of the City National Grove of Anaheim. Tom Petty’s “new, old” band Mudcrutch will be the Fonda tonight and tomorrow with The Shelters opening. 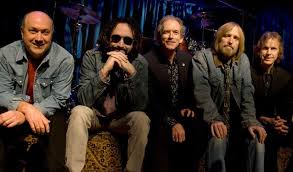 Ben Watt (the boy in Everything But The Girl) comes to town behind his new effort Fever Dream. He’ll be at Bootleg and his band includes Bernard Butler (ex-Suede). ‘60s folkie Melanie will be at McCabe’s. The Coffee Gallery Backstage hosts an afternoon Kris Kristofferson tribute show/club benefit event, while Janet Klein & her Parlour Boys dish out some old-tyme fun there at night. Mt. Baldy is an apt spot to hear the woodsy sounds of Dana Falconberry & Medicine Bow; Melena Cadiz also is on the bill. Blues master Guitar Shorty swings through SoCal with a gig at the Arcadia Blues Club tonight and Harvelle’s in Santa Monica on June 29. Perfume Genius is part of the event at The Broad Museum that’s inspired by its inspiring Cindy Sherman exhibit.

This weekend is the 8th annual Roadshow Revival Festival up in Ventura’s Mission Park. While it started as a tribute to Johnny Cash, it boasts a terrific lineup of roots music act. The Blasters (with Phil Alvin) and Robert Gordon will play both days with John Doe and Cadillac Tramps on Saturday’s bill and the Paladins and James Intveld performing on Sunday.

Robert Gordon, back in the day, performing Marshall Crenshaw’s great “Someday Someway” on (I believe) SCTV.

McCabe’s welcomes the always delightful Jill Sobule and indie rockers Real Estate will be at the Teragram Ballroom with Chris Cohen.  The Coffee Gallery Backstage has another fundraiser today; this one headlined by L.A. country stalwart James Lee Stanley as well as the Tall Men Group (which includes Severin Browne, Edward Tree and Marty Axelrod). Canadian electro-pop songstress Jessy Lanza performs at the Echoplex while gothic popsters Casket Girls play the Bootleg with Night School.

Top Show(s): After opening for Mudcrutch, the Shelters will be at Bardot’s for School Nights tonight. German garage rockers King Khan and the Shrines lay down some wild garage rock at the Echoplex.