A lot of good stuff this week, particularly in the twangy troubadour department: Bob Woodruff, Lucinda Williams, Sean Rowe, Bobby Long, Liza Anne and a guy named David Crosby. There were other opportunities for other fun wordplay to call this edition, from the Kaki King/Emmy the Great to I See Hawks/Nighthawks/Penny & Sparrow. Anywya, here are the show that grabbed my attention.

L.A.-based indie rocker Run River North celebrate album #2 Drinking From A Salt Pond at the Teragram Ballroom. Basia Bulat also has a new work, the Good Advice, which was produced by Jim James; she will be sharing songs from this alluring album at the Bootleg. Singer/songwriter Darryl Holter has co-authored with William Deverell a book on Woody Guthrie’s time in L.A. from 1937-1941. They will be talking about it at the Grammy Museum. 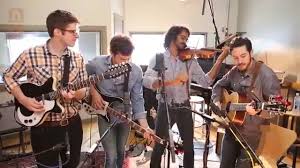 Top Show(s): The impressive indie folk outfit Darlingside has a Bluegrass Situation-sponsored show at the Hotel Café along with the young, fast-rising Americana singer Liza Anne. Alt.country pioneers Freakwater are back with Scheherazade, their first album in a decade and their first for Bloodshot; you can find them at the Echo tonight.

Local country songstress Alice Walker has a free show at the Cinema Bar while the Dose brings their rugged rock sound to the Hotel Café and the Wiltern will host the reggae stylings of Matisyahu. 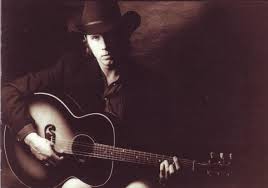 Top Show(s): Tonight twangy rock troubadour Bob Woodruff celebrates his long-awaited comeback album, The Year We Tried To Kill The Pain (which is one terrific CD), at El Cid. Lucinda Williams begins her 2-night stand at Royce Hall. She is touring behind her marvelous double disc The Ghost of Highway 20. Opening for her is the singer/songwriter Sean Rowe. Another talented singer/songwriter Bobby Long will be visiting the Hotel Café.

Wavves and Best Coast roll into the Fonda tonight and they’ll be at Anaheim’s House of Blues with Cherry Glazerr on the 5th. L.A.’s own La Santa Cecilia will appear at Amoeba in honor of their new album Buenaventura. A pair of veteran L.A. musicians, Tony Gilkyson and Don Heffington, have a date at the Cinema Bar. N.O.’s Galactic will be laying down some sophisticated jams at the Fonda tonight and tomorrow night. 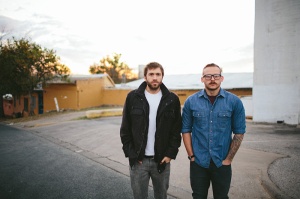 Top Show: The duo Penny And Sparrow share the intense acoustic tunes from their new offering Let a Lover Drown You at the Hotel Café with another fine band The Whistles & The Bells also on the bill.

Jane Siberry returns to town for a show at McCabe’s. You can see I See Hawks In L.A. at the Coffee Gallery Backstage. Portland’s Guantanamo Baywatch bring their fun, surfy garage rock to the The Smell tonight and Santa Ana’s Observatory on the 7th; Gooch Palms plays with them on both nights.

Top Show(s): The Mavericks brings their fun, eclectic country music party to the Fonda tonight. Ron Pope and the Nighthawks put out a highly impressive debut disc in January; they will be playing their dark-tinged Americana at the Teragram Ballroom with Jonathan Tyler opening the show. Katie Crutchfield (aka Waxahatchee) has a solo show at the Masonic Lodge at Hollywood Forever while Keb’ Mo’ will serve up his rootsy music at the Broad Stage.

The skillful guitarist Kaki King performs her unique “Neck is a Bridge to the Body” solo concert at LACMA. S.F.’s boppy indie rockers Heartwatch perform at the Echo. Alt-popsters My Brothers And I come down from Portland to play the Hotel Café tonight and Cal. St. Fullerton tomorrow. Royce Hall welcomes a pair of renowned African acts: Noura Mint Seymali and Tal National. Emmy The Great plays the Bootleg just before the release of her new CD Second Love.

Sean Rowe stays an extra day in town to perform at McCabe’s and you can catch the Leftover Cuties at the Coffee Gallery Backstage.

The man, the myth, the legend – David Crosby has a solo acoustic concert at the Fred Kavli Theatre in Thousand Oaks. 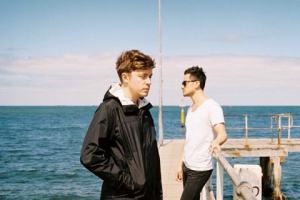 Say hi to High Highs at the Bootleg; the Sydney-by-way-of-Brooklyn band has a fun indie pop/rock sound. Eliot Sumner offers up her electro-poppy music at the Echo while Gomez frontman Ben Ottewell has a solo set at the Hotel Café.