I apologize for being absent longer from here longer than I expected. One thing led to another and you know…there you go and here we are. Anyway, it’s not too late to talk about this week’s shows, is it?

Top Show(s): I’ve always thought that Langhorne Slim has a cool, rough-edged feel to his rootsy music. Check him out at the Teragram Ballroom with Sawyer Fredericks opening. Speaking of rough-edged, Ty Segall serves up his brand of garage rock at Solano Beach’s Belly Up tonight and the Teragram on the 15th & 16th. 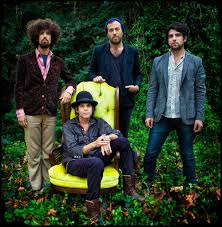 The acclaimed guitarist Tommy Emmanuel has a date at the Grammy Museum. The Brazilian Girls and Dreamers present some sharp rock ‘n’ roll at the Roxy.

Mark Kozelek‘s Sun Kil Moon will appear at Spaceland. The Bluegrass Situation presents the veteran b-grass group Special Consensus at Northridge’s Mission Theatre and the Bootleg will be shaking to party blues that Andy Frasco & The U.N.

The post-punky-poppy Mainland shares the Troubadour bill with Marianas Trench.

Top Show(s): Good show, bad show, it is always worth seeing Van Morrison in concert. He’ll be playing at the Shrine Auditorium – maybe he’ll include some choice tunes from Astral Weeks and His Band and the Street Choir, which Warners reissued last year. After years of accompanying Gillian Welch, David Rawlings has started making music under his own name. The David Rawlings Machine, which released the fine Nashville Obsolete last year, headlines at the Theatre at Ace Hotel. I’ve been a fan of Samantha Crain’s dark-hued music for several albums now. She’ll share her latest CD Under Branch & Thorn & Tree at the Hotel Café.

Devotchka will liven up the El Rey with their gypsy-flavored music. Marc Cohn will be playing in Malibu as he has concert at Pepperdine’s Smothers Theater. One-time Byrd John York has a show at San Pedro’s Alva’s Showroom.

Top Show: Bird Dog is a cool young local roots outlet – check them out at the Echo tonight before they go out on tour with Ryan Bingham.

Two SoCal country stalwarts Rich Shea and I See Hawks In L.A. are the double bill at McCabe’s. 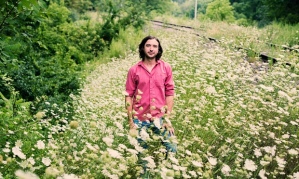 Top Show: Martin Courtney, the front man of Real Estate, has stepped out to do a solo album, Many Moons, which he will be showcasing at the Echo.