Wanted to share some recent news, if case you haven’t heard yet, about upcoming releases, Record Store Day and Country Music Hall of Fame inductees.

In time for the holiday shopping season, Warner Brothers will be releasing special expanded editions of the 1979 Fleetwood Mac CD, Tusk. And if ever an album is more suitable for being super-sized it’s Tusk, a double album was heralded, and criticized too, as the big follow-up to the band’s classic Rumours record. Due out Dec. 4, the reissued Tusk will come in an immense (I resisted using the word “elephantine”) 5 CD/2 LP/1 DVD set that includes outtakes, demos, singles, remixes and 2 disc of period live performances. There will also be a 3-CD version, which has the remastered original, a disc of outtakes, singles and other rarities and an “alternative” Tusk consisted of alternative versions of the album’s tunes – plus there’ll be a single, remastered CD of the original album.

Here’s their famous Tusk video. Watching it made me “where are the tattoos?” and realize how old these college kids would be today…

Also due out Dec. 4 will be a treasure trove of Roy Orbison music. The MGM Years boxset contains the 11 studio albums, the The Fastest Guitar Alive soundtrack and the many singles and B-sides that he recorded for that label between 1965-1973. Also coming out will be the previously thought lost One Of The Lonely Ones album, which his sons recently discovered. Mastered and restored from the original tape, the 12-song album includes Orbison’s version of the Rodgers and Hammerstein song, “You’ll Never Walk Alone.”

The Bottom Line Archives Series has a pair of interesting releases. One is a 2002 concert by the late, great, Doc Watson and the only performance together by Peter Seeger and Roger McGuinn, which took place in 1974.

Here is “8 Miles High” from the McGuinn/Seeger show

Paul Kelly and Neil Finn, two of the top tunesmiths from “Down Under” did a tour together in 2013. Their concert at the esteemed Sydney Opera House was recorded and is getting its stateside release through Omnivore Recordings on Dec. 11. The 29-track, 2-CD set Goin’ Your Way contains key songs from both artists’ oeuvres, includes Finn’s work with Crowded House and Split Enz and my favorite Kelly song “Dumb Things,” performed with a full band.

Omnivore will also be releasing a special 10-tune Kelly/Finn vinyl album on Record Store Day as well as a Big Star’s Jesus Christ EP, which has 5 previously unreleased tracks: “Another Time Another Place & You,” a TV mix of “Thank You Friends,” a demo of “Big Black Car” and two Chris Bell instrumentals.

The Grateful Dead’s Chicago Fare Thee Well concerts will be coming out on Nov. 20 in a whole variety of shapes and sizes. Versions will include 3-CD/2-Blu-ray, 2-Blu-ray, 2-DVD, 2-CD “best of” and, for dead.net members, a 12-CD/7-Blu-ray (or DVD) collection. Nov. 27 sees the release of Interludes For The Dead. This 2-CD, due Nov. 27, is material created by the Neal Casal-led band Circles Around The Sun that was played during the intermissions of the Grateful Dead’s Fare Thee Well concerts. 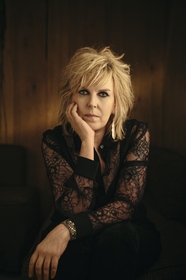 For her next CD The Ghosts of Highway 20, Lucinda Williams create something of a thematic set-piece with the songs being inspired by her life and Highway 20 (Interstate 20, which runs from Georgia to Texas. While she has written songs about places, roads and people, which will be the first time she has tied them all together. The album, on Highway 20/Thirty Tigers, will have a Feb. 5 release.

The wonderful Rhiannon Giddens will have a new 5-song EP Factory Girl arriving later this year. The vinyl version comes out on Record Store Day, Nov. 27, while a digital version will be available Dec. 11. It’ll feature five songs from her T Bone Burnett-produced sessions that did not make her acclaimed debut Tomorrow Is My Turn.

In more Record Store Day news, Rhino will be putting out The B-52’s: Live! 8-24-79 on gold vinyl, a 4-song Otis Redding 7-in., Brian Wilson‘s Brian Wilson as a double LP and vinyl from Jesus And Mary Chain, Gang of Four and the Buzzcocks. 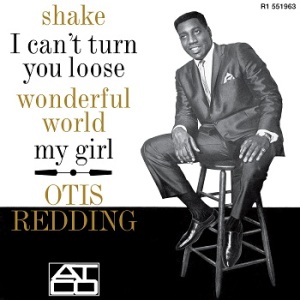 Congratulations are in order to Oak Ridge Boys, Jim Ed Brown & the Browns, Grady Martin, who were all inducted into the Country Music Hall of Fame on Oct. 25. The honors are posthumous ones for Martin and Jim Ed Brown, although Brown received his Hall of Fame medallion in June before he passed away from lung cancer.

The past weeks also have seen the passing of the important folk singer/actor/civil rights activist Leon Bibb, who died at the age of 93 (his son is musician Eric Bibb) and influential banjo player, and Bluegrass Hall of Famer Bill Keith, who passed away at the age of 75.