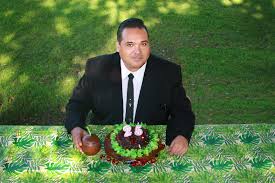 Roots music fans can also head to the Hotel Café, which welcomes Joe Hertler & The Rainbow Seekers or go to the Echo to catch singer/songwriter Natalie Prass. Also, Small Black will fill the Roxy with their dark synth pop.

Top Show(s): The mighty Zombies appear (a week before Halloween) at the Saban to perform their classic album, Odessey and Oracle. The ‘90s alt-rock outfit Luna, featuring (as far as I can tell) Dean Wareham, Britta Phillips, Sean Eden and Lee Wall, will be at the Teragram Ballroom tonight and Sunday. Their FB page says they will be performing their classic album Penthouse on Sunday but I don’t know what they have planned for Saturday. The talented troubadour William Fitzsimmons will play, appropriately enough, at the Troubadour with Jake Phillips opening. The Chapin Sisters have a bewitching new album, Today’s Not Yesterday. They have a free show at Silver Lake’s Mollusk Surf Shop tonight.

Here’s a video from Chapin Sisters‘ prior album, an Everly Brothers tribute

The soulful Allen Stone checks into the Ace Hotel’s theater while bluesman Rocky DeLuca has a McCabe’s show.

You can catch some sensational singing at the Segerstrom where Lila Downs performs her Balas y Chocolate/Day of the Dead concert while singer/songwriter Patricia Bahia has a record release show at the Hotel Café for her new album Save Your Heart.

Top Show: Shakey Graves and Tennis make for an interesting (in several senses) bill at the Theater at the Ace Hotel. If you haven’t heard Graves’ And The War Came CD, then you should. He was a multiple nominee at the Americana Music Awards this year.