It’s hard to believe that next month marks the 20th anniversary of Son Volt‘s debut disc Trace. But that is the truth. The good news is that Jay Farrar is in a celebratory mood. He will be doing a little touring to commemorate the occasion. Billed as “Jay Farrar Performs Songs Of Trace,” Farrar has enlisted Son Volt’s original pedal steel Eric Haywood and multi-instrumentalist Gary Hunt to play with him on what is now an 8-city tour, with the first show happening appropriately enough at Americana Fest in Nashville on Sept. 20. 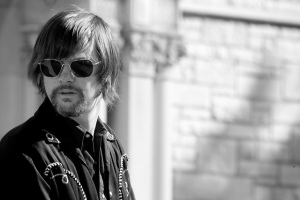 In other exciting Son Volt news, Rhino will be putting out an expanded version of Trace on October 30. The terrific 2-CD set contains Trace, newly remastered, along with 24 previously unreleased tracks. Eight demos will complement Trace‘s tracks on one disc, while the other holds a live performance recorded at New York City’s Bottom Line on Feb. 12, 1996. The live set includes a bulk of Trace, plus several Uncle Tupelo tunes, the Del Reeves song “Looking At The World Through A Windshield” and the Son Volt number “Cemetery Savior,” which appeared on the band’s sophomore effort Straightaways. The CD also features track commentary by Farrar plus an essay by No Depression magazine founder Peter Blackstock.

It all adds up to quite the treasure trove for Americana fans.

and here’s “Tear Stained Eye” as a little traveling music…

I am a longtime writer, and lover, of music and pop culture. I have written for Entertainment Weekly, the Los Angeles Times, the LA Weekly, the San Francisco Chronicle, Cleveland Scene and more places (that I wouldn't take up more of your time mentioning now).
View all posts by Michael Berick →
This entry was posted in Uncategorized and tagged Del Reeves, Eric Haywood, Gary Hunt, Rhino, Son Volt, Trace, Uncle Tupelo. Bookmark the permalink.