So you go out of town and you think you can keep up on things – but alas. Well, anyway, here are some hot shows for the rest of this week.

Top Show: The husband-wife duo Amanda Sudano-Ramirez  and Abner Ramirez (aka Johnnyswim) perform their enticing blend of folk, pop and rock at the Troubadour. Next month, they will record two NYC shows for a live album.

Multi-hyphenate Butch Walker continues his multi-night stand at the Hollywood Cemetery’s Masonic Lodge with Jonathan Tyler & The Dove & The Wolf also on the bill. Austin troubadour Bob Schneider returns to town with a suitcase of sharp tunes to play at Largo. The young pop crooner Taylor Berrett will do a set at the Hotel Café; he’ll return on June 21 too.

Top Show: The one and only Steve Earle, alt. country’s renaissance man, headlines the El Rey. His latest Terraplane is a great collection of tunes, which favor his more bluesy side.

Susanna Hoffs has another of her “friends” shows at Largo, with Go-Go Belinda Carlisle scheduled to be joining her. Veteran San Diego-based singer/songwriter Kimm Rogers plays the El Cid in celebration of her new CD Where The Pavement Grows. Jon DeRosa and Rocket Girl shares their brooding pop music at the Troubadour with Motopony and Bootstraps. The Hotel Café welcomes the upcoming pop country trio Honey Country.

Lil’ Ed & The Blues Imperials showcase their new Alligator disc Jump Start at Malarkey’s in Long Beach. Seattle’s alt-popsters iji will be at Perhspace; they just released Whatever Will Happen on Team Love Records while Surfer Blood bring their hooky rock to the Troubadour.

Top Show: It’s hard not to want to see Brian Wilson in concert – with the Beach Boys or without. He’s an American music icon. Tonight, fellow Boy Al Jardine and longtime BB sideman Blondie Chaplin will be joining him at the Greek, with Rodriguez opening. 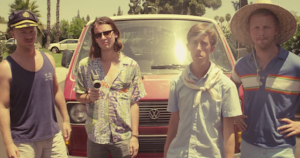 Cool Cali rockers Cayucas celebrates their Dancing At The Blue Lagoon with a free gig at One Colorado while SoCal folk-rockers Run River North has a free show in MacArthur Park. It’ll be a Flashback Saturday when Tears for Fears, Cake, Bush, Everclear and Lit play at Jack FM’s 10th Show.

Top Show: The Grammy Museum welcomes Robert Earl Keen, one of Texas’ finest storytellers. His new album Happy Prisoner finds him delving into bluegrass. He’ll be at the El Rey on the 23rd.