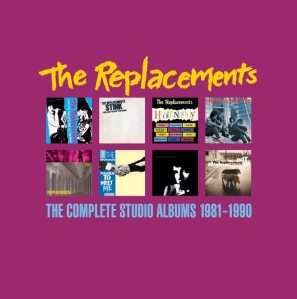 So, you don’t have an excuse to keep those old cassettes any more. The box set will come out on April 14, in between their show in San Francisco and the first night in Los Angeles.

I am a longtime writer, and lover, of music and pop culture. I have written for Entertainment Weekly, the Los Angeles Times, the LA Weekly, the San Francisco Chronicle, Cleveland Scene and more places (that I wouldn't take up more of your time mentioning now).
View all posts by Michael Berick →
This entry was posted in Music, and tagged Rhino Records, The Replacements. Bookmark the permalink.