A number of familiar old names have some interesting new projects on the horizon.

Glen Campbell, who just won a Grammy and has an Oscar nomination, will see the release of the soundtrack to this highly praised documentary Glen Campbell…I’ll Be Me. Big Machine Records will put it out on Feb. 17. It contains his Grammy-winning track “I’m Not Gonna Miss You,” plus versions of his classic tunes “Gentle On My Mind” and “Wichita Lineman.” 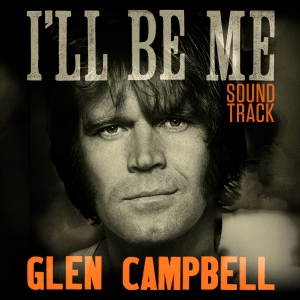 February 17 also is the day that the Mavericks unveil their latest effort Mono (The Valory Music Co.), which marks the reunited band’s continued excellence with it comes to making cool, eclectic country music that is lively, heartfelt and memorable.

Honky tonk kingpin Dwight Yoakam (who performed with Brandy Clark on the Grammy awards telecast) will share his new CD Second Hand Heart on April 14. It mixes 8 originals with covers of “Man of Constant Sorrow” (which seems like a fine fit for Mr. Yoakam) and Anthony Crawford’s “V’s of Birds.”

Ray Wylie Hubbard, a true Texas outlaw troubadour, will be releasing his 16th album on April 7. Ruffian’s Misfortune is another raucous ride through the mind of Hubbard, who also has an autobiography A Life…Well, Lived on the way.

Another one of Texas’ finest Gurf Morlix (okay, he was born in upstate New York but still…) has a new release Eatin’ At Me, which offers a showcase for his legendary guitar playing and his unique way around a tune.

Another well-known Texan Robert Earl Keen is exploring new territory on his just-released CD Bluegrass Sessions, an album which – as the name implies – finds him in the land of Bluegrass, along with guests Lyle Lovett, Natalie Maines and Peter Rowan.

Also out now is Paul Kelly‘s latest project: The Merri Soul Sessions, which features the acclaimed Australian singer/songwriter along with a number of guest singers providing a more soulful sound to a set of Kelly tunes, including a new rendition of his lovely old song “Sweet Guy.”

Folk icon Tom Paxton is still going strong at 77. He’ll have a new album Redemption Road coming out on March 10. It is something like his 62nd album. This one, produced by Jim Rooney, features contributions from Janis Ian and John Prine. March is a big month for Paxton. Besides the CD, he’ll start a tour with Ian and gets inducted into the Oklahoma Music Hall of Fame.

World Circuit Records and Nonesuch are releasing previously unreleased Buena Vista Social Club material on the aptly named CD Lost and Found. Due March 24, this collection contains a mix of studio tracks and live recordings, which capture the magic that has been the BVSC such as international hit. Orquesta Buena Vista Social Club, a core band featuring several of the original musicians, will set out on a farewell “Adios” tour later this year.

The Word is back! The awesome ensemble, featuring keyboard whiz John Medeski, pedal steel master Robert Randolph, and the North Mississippi All-Stars (guitarist Luther Dickinson, drummer Cody Dickinson and bassist Chris Chew), have done their long-awaited sophomore effort – it has only been 14 years. Soul Food, which Vanguard is putting out, has a May 5 release date.

Also, back after an extended hiatus is Six String Drag. The alt.country pioneers have released their first album in 18 years. Roots Rock ‘N’ Roll (on Royal Potato Family) certainly up to its title. The Kenny Roby-led group serves up a wondrous set of old-school roots music packed with soul, twang and, of course, rock ‘n’ roll.

Lastly, Smithsonian/Folkways has two super collections coming out shortly. On Feb. 24, they have compiled a 5-disc boxset covering the life and work of the legendary Lead Belly, which includes over a dozen previously unreleased tracks and radio program recordings. One month later, they will release Classic American Ballads, a 25-track compilation that includes tracks by Woody Guthrie, Pete Seeger, Dock Boggs, Doc Watson, Bill Monroe and many more.