First off, one update for Monday night – Norway’s Highasakite had to cancel their U.S. tour so they are a no-go at Bardot. But there are still more than enough shows to fill up your dance card. And this week’s key word is “collective.”

Top Show: The El Rey presents a great night of Americana music from top to bottom: Esme Patterson, Rayland Baxter and Shakey Graves. All of these acts are worth seeing on their own and here’s a chance to see all three (they’ll be at the El Rey on Tuesday night too). Samantha Crain and First Aid Kit perform at Santa Ana’s Observatory tonight and the Wiltern on the 12th. 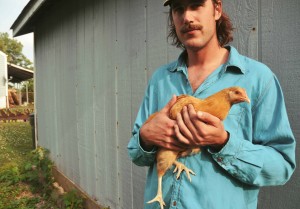 The Wytches will be cast their musical spell at Los Globos.

Top Show: Mike and Pat from the band Blue Skies For Black Hearts will do an acoustic set at Long Beach’s Prospector. If you haven’t checked out this power pop outfit, then you should. “Keep On Keeping On,” the leadoff track from their recent, self-titled album, is a great place to start.

Chicago’s Twin Peaks surfaces at Santa Ana’s Constellation Room tonight and the Echo on the 12th. For a band that shares its name with the David Lynch show, it is a little surprising that they named their new album Wild Onion and not Wild At Heart. Wild Onion is an album that really grew on me as progressed through the disc – like peeling back the layers of an onion…

Top Show(s): Since the Chris Cornell conversation with Jimmy Page is sold out at the Theatre at the Ace Hotel, you’ll have to resort to alternative plans. The Bootleg HiFi offers two terrific Americana-style groups: Sons of Bill and David Wax Museum. SoB’s latest, Love & Logic, which came out a few weeks back, is produced by ex-Wilco drummer Ken Coomer. Springtime Carnivore might sound like they have heavy sound, but this L.A.-based band made me think of the delightful dance pop that Blondie made circa Parallel Lines. They’ll be at the Troubadour with Generationals.

Tonight presents another chance to catch L.A.-based chanteuse Genevieve Bellemare, who has a set at Witzend. Tame Impala and Delicate Steve share the bill at the Shrine.

Top Show: Austin’s Shivery Shakes have been described as Roy Orbisob meets Pavement and there is something really cool and engaging about their garage pop sound. They’ll showcase their debut, Three Wave & A Shake at the Ham & Eggs Tavern. Milwaukee’s Field Report fashioned a strong set of music on their month-old Marigolden CD – this intimate and engaging album is very much 21st century folk music – organic with electronic touches. Susanna Hoffs, John C. Reilly and Petra Haden are among the all-star guests at the Watkins Family Hour at the Largo. 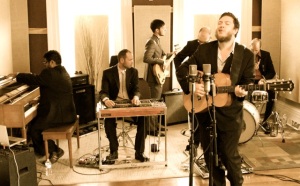 Local gypsy rockers Noah and MegaFauna have a record release gig at the Hotel Café; their sophomore CD The Pale Blue Dot appeared in late October. San Francisco’s Stone Foxes will do a Food & Sock Drive to benefit the Union Rescue Mission at their Bootleg HiFi tonight and next Thursday. Greensky Bluegrass and Dead Winter Carpenter will be at the Troubadour. Veteran rockers Jerry Joseph & the Jackmorons have a Mint gig. Blonde Redhead can be found at Ponoma’s Glass House, while Nils Frahm headlines the El Rey.

Singer/songwriters Jay Nash and Josh Day have teamed up (calling themselves the Contenders). They celebrate their impending EP debut with a Hotel Café gig. Guitar virtuoso Adrian Belew (someone who has played with King Crimson and the Talking Heads) has a solo show at McCabe’s.

Top Show: Two ‘80s college rock successes The Psychedelic Furs and the Lemonheads are touring together. If you want know what their 2014 version sounds like – go to the Fonda Theatre. I might prefer listening to Talk Talk Talk and It’s A Shame About Ray. Burbank’s Joe’s American Bar welcomes some talented twang instrumentalist: Deke Dickerson and Los Straitjackets. It’ll be New Orleans night at the Irvine Barclay Theater with the Preservation Hall Jazz Band and Allen Toussaint twin-bill. I saw Toussaint play earlier this year and he is as much as fun showman as he is an awesome songwriter. Australia-bred, Nashville-based musician Anne McCue plays the Hotel Café with her old L.A. crew (Dusty Wakeman, Carl Byron and David Raven). She’ll be previewing her new album Blue Sky Thinkin’. I had the pleasure of writing some press material for it and this CD offers some wonderful surprises and is a marvelously entertaining album. The Gramercy Arms is an ensemble of players gathered together by NYC-based Dave Derby. On the CD, this smartly crafted pop/rock was created with folks like Joan Wasser, Tanya Donelly, Lloyd Cole and Doug Gillard, while joining Derby on tour are former members of Luna, Guided By Voices, Gigolo Aunts and Letters to Cleo singer Kay Hanley.

The California Roots Union presents Sara Petite and Michael Ubaldini at T. Boyle’s Tavern while more rootsy tunes can be found at the Roxy where Austin icon Bob Schneider performs.

In a weird coincidence, another Americana supergroup The Hard-Working Americans (with Todd Snider, Widespread Panic’s Dave Schools, Neal Casals and Duane Trucks) have a show at the Fonda. But there’s more fine Southern rock to be enjoyed as Memphis’ Lucero do an acoustic/electric show at the Echo – but at least they’ll be there through the 18th.