yes, I’m running late again but wanted to get this out since there is so much good music happening in the next few days.

Top Show(s): Power pop figureheads Sloan perform at the Bootleg; their latest Commonwealth is out on Yep Roc. Talented producer/musician Daniel Lanois will share stories and songs at the Grammy Museum.

Rising young British songstress Jessie Ware performs at the Tower Theater in downtown L.A., while the New Orleans-based chanteuse Kat Edmonson plays the Masonic Lodge. She recorded her just released The Big Picture in L.A. with Mitchell Froom. Jeff Austin, from the Yonder Mountain String Band, brings his own band to the Mint for some bluegrassy hoedown. You can Matisyahu at Club Nokia and Madi Diaz at the Belly Up with Dale Earnhardt Jr. Jr. (and they’ll play the Regent Theatre in L.A. on the 24th) 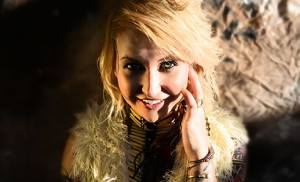 Trampled By Turtles will delivered their energizing acoustic music to the Fonda. Blues icon Charlie Musslewhite will blow his harp at the Canyon Club.

Dallas-based singer/songwriter Madison King impressed me with her new CD Onward & Upwards. You can find her at the Mid City Lounge by the Mint. The Hotel Café welcomes Nashville-based singer/songwriter Griffin House, the Truth & Salvage Co. and Once’s Marketa Irglova (who also plays there on Sat.) Phish performs at the Forum (or will it be the “Phorum?”). Broken Bells and Austra start a 2-night stand at the Orpheum. Jesse Macht brings his soulful sound to Harvelle’s. Jon Brion returns to Largo for another Friday night filled with surprises. You can check out the intriguing “tropical pop” music of Hollie Cook (the daughter of Sex Pistol Paul Cook) at the Echo. Black Rebel Motorcycle Club, Tinariwen and Spoon are among the bands at the Moon Block Party taking place at Pomona’s Fairplex.

Top Show(s): The one and only Leon Russell takes the Saban Theater stage in Beverly Hills. The Fonda offers a great double bill of Joseph Arthur (will he commemorate the anniversary of Lou Reed’s passing?) and the reunited Afghan Whigs. Tennis celebrates its just released Ritual In Repeat with a gig at the Troubadour; Portland’s cool dream popsters Pure Bathing Culture open for them. UK pub rockers The Dunwells play Pepperdine’s Smothers Theater. I saw them a few years back at the Hotel Cafe and they put on a fun, fabulous show.

The 1st annual Topanga Folk Festival features Julia Fordham, Miner, Wild Reeds, Linda Perhacs, Colin Hay, Judith Owen and more. It looks to be a fun, eclectic affair and a fine way to spend a Sunday. You can hear what East coast troubadour Sean Rowe has been up to when he spends the night at McCabe’s.

I am a longtime writer, and lover, of music and pop culture. I have written for Entertainment Weekly, the Los Angeles Times, the LA Weekly, the San Francisco Chronicle, Cleveland Scene and more places (that I wouldn't take up more of your time mentioning now).
View all posts by Michael Berick →
This entry was posted in Best in L.A. Shows, Music,. Bookmark the permalink.