There are a couple of interesting tributes are in the works for next year. The Royal Potato Family has organized a salute to Harry Nilsson. Slated for a Feb. 4 release, This Is The Town features contributions by Langhorne Slim, Willy Mason, Dawn Landes, Jenny O and Tracy Bonham (who is the one doing “Everybody’s Talkin'” – which, yes, is a Fred Neil tune). 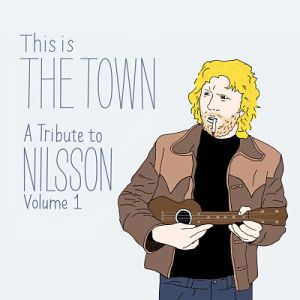 How do you make the cool tunes that populate Wes Anderson‘s soundtracks even cooler? You have them re-interpreted by the likes of Black Francis, Escondido, Mike Watt, Kristin Hersh and Juliana Hatfield. American Laundromat Records is putting together a tribute disc entitled I Saved Latin! that is slated for the Spring. Over 20 tracks have been confirmed already with more to come!

Wes Anderson’s first film was Bottle Rocket, which naturally makes me think of the band the Bottle Rockets. I was remiss in my last missive to mention that the BoRox’s first two albums (their self-titled debut and The Brooklyn Side) were reissued on Tuesday by Bloodshot. There are scads of bonus material, including a couple of 1991 demos featuring Jay Farrar and Jeff Tweedy. While all of the rarities are fun, it is just a pure joy to hear the album tracks again. The Bottle Rockets don’t get enough due for being a terrific band who wrote smart, hooky tunes that really rawked!. There are any number of great tunes to spotlight – “Kerosene,” “Welfare Music,” “Gravity Fails,” “$1000 Car” – but I’m in the mood for this one

On a closing note of tribute – congratulations are in order for Loretta Lynn, who is among the 16 new recipients for the Presidential Medal Of Freedom honors, which President Obama doled out today. Mr. Cubs, Ernie Banks was among the honorees.