I’m going to start this week’s concert rundown will start with the week’s end.

Friday night finds Mindy Smith visiting McCabe’s with her new, and self-titled album. Smith is a wonderfully talented singer/songwriter – born in Long Island but with a true country soul – whose somewhat demure music gets her overlooked.

The Austin roots-rocking duo Jamestown Revival will do a free-show at the Whole Foods at 3rd and Fairfax. You can guarantee yourself a spot by getting a $20 wristband. Azure Ray celebrates a new CD with a gig at Largo; French singer SoKo opens. Louisiana native Tab Benoit brings his bayou blues to Saint Rocke in Hermosa Beach, while the Echo will be filled with new-folkists Six Organs of Admittance. 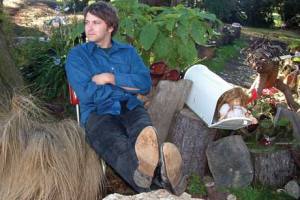 There are more and varied shows are on Saturday’s docket. It’s hard to go wrong with a Bonnie Raitt/Mavis Staples show at the Greek. The Brazilian-born songtress Melody Gardot has a super cool sound that blends sounds from her native land with jazz and folk. She has a show at the Orpheum on Saturday night. The fast-rising Southern band Delta Rae headline a show at the El Rey. 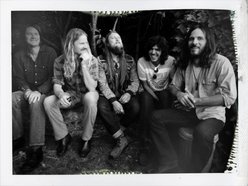 The Whispering Pines have a CD release show at HM157. Their self-titled disc is an invigorating set of raucous country rock. Royal Canoe sails into the Satellite with a boat of load of eccentric indie rock. The Bay Area female-fronted acoustic-based combo Blame Sally has a show at McCabe’s. Norwegian native (and sometime Brooklynite) Sondre Lerche brings sophisticated pop tunes to the Troubadour, while a man named Benjamin Gibbard shares songs from his solo debut, Former Lives, at Largo, with Earliment as his guests.

The weekend wraps up with one of those eclectic KCRW bills at the Hollywood Bowl with Animal Collective headlining a show that’s aIso featuring Flying Lotus and Huun Huur Tu. If you want something more intimate, and twangy, then head over to the Grand Ole Echo where David Serby, Brett Detar and Nocona (featuring members of Paladino & Justin Smith of Old Californio).

But before the weekend arrives, first we must get through the week.

Tuesday evening offers an Aimee Mann appearance at the Grove’s Barnes & Noble. She’ll be back into town in October to support her charmer of a new album, Charmer. The legendary Beach Boys have an appearance at the Grammy Museum (tickets undoubtedly are scarce for that). 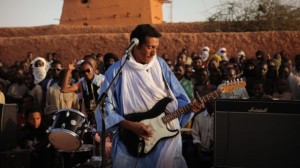 Matisyuha celebrates the Jewish New Year by sharing a bill with Dirty Heads at the Hollywood Palladium on Tuesday the 18th (and the City National Grove of Anaheim on Thursday the 20th).  The Tuareg guitarist Omara “Bombino” Moctar returns to the Mint to spread his joyous world-jam sound. Not to be overlooked is Rebecca Loebe’s show at the Hotel Café. Loebe, who appeared on Season One of The Voice, has a new album Circus Heart, whose title track is a delightful slice of folk-pop. 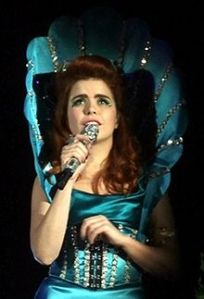 Stylish London songstress Paloma Faith brings her cabaret dance-pop and often-dramatic hair to the Hotel Café on the 19th. The genre-smashing Citizen Band takes over the Avalon on Wednesday night to ignite the masses with their politically-charged reworked swing and blues ditties.

Politics will undoubtedly be in the air when Frank Turner takes the stage at Anaheim’s House of Blues on the 20th. The UK folk-punk troubadour last year released a powerful album, England Keep My Bones. Largo, meanwhile, welcomes Phillips and Phillips on Thursday night as two Largo favorites Grant-Lee Phillips (Grant Lee Buffalo) and Glen Phillips (Toad The Wet Sprocket) perform together.