Bert Schneider, Easy Rider’s producer, heads off into the sunset

Bert Schneider wasn’t in the movie Easy Rider, but, as the producer, he made it happen. While he produced several important, influential movies (Five Easy Pieces, Days of Heaven and the Oscar winning documentary Hearts and Minds), I will always associate him with The Monkees, the TV show he produced with Bob Rafelson. Their names were prominent enough in the credits that they became familiar to me, the young, and ardent, viewer that I was. While the show probably wasn’t the most “significant” project that Schneider was involved (reading through his obit, he was a very political guy), it was a very significant project for me. The Monkees was one of my favorite TV shows growing up and probably ranks with Laugh-In and Get Smart as pivotal programs in shaping my own sense of humor.

In a bit of coincidence, my 9-year-old daughter recently has gotten into watching the old Monkees shows – revealing that the program continues to connect with new generations of viewers.

Bert Schneider passed away due to natural causes on Monday, Dec. 12, at at Olympia Medical Center in Los Angeles. He was 78. 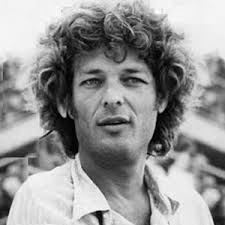 I am a longtime writer, and lover, of music and pop culture. I have written for Entertainment Weekly, the Los Angeles Times, the LA Weekly, the San Francisco Chronicle, Cleveland Scene and more places (that I wouldn't take up more of your time mentioning now).
View all posts by Michael Berick →
This entry was posted in Music,, Uncategorized and tagged Bert Schneider, Bob Rafelson, Days of Heaven, Easy Rider, Five Easy Pieces, Get Smart, Hearts and Minds, Laugh-In, The Monkees. Bookmark the permalink.